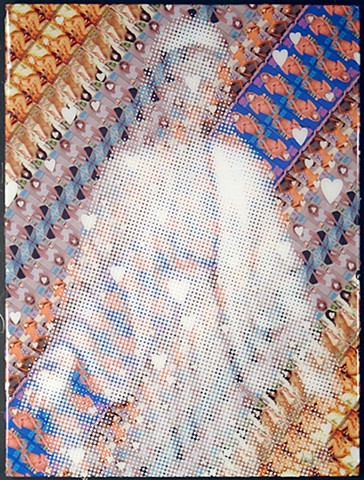 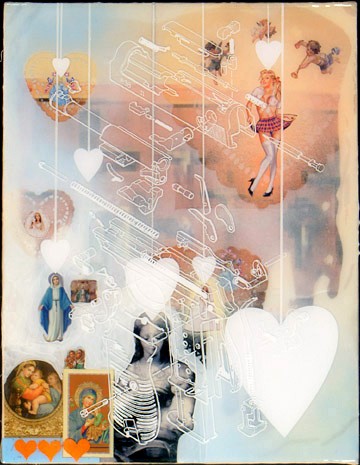 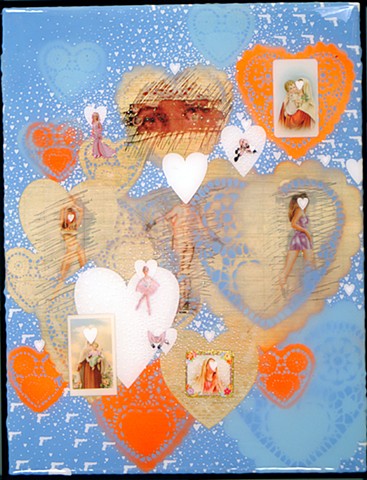 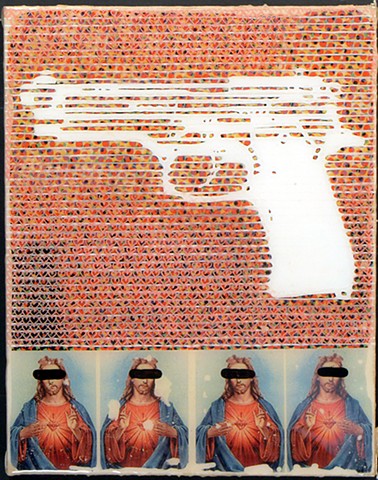 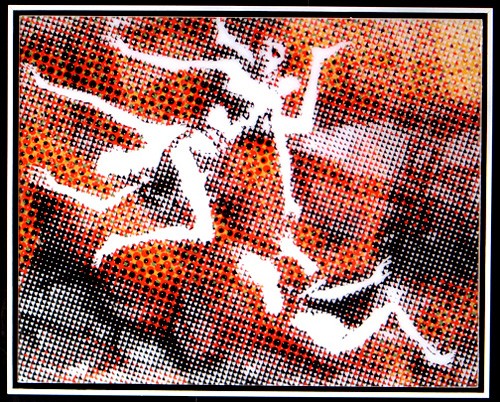 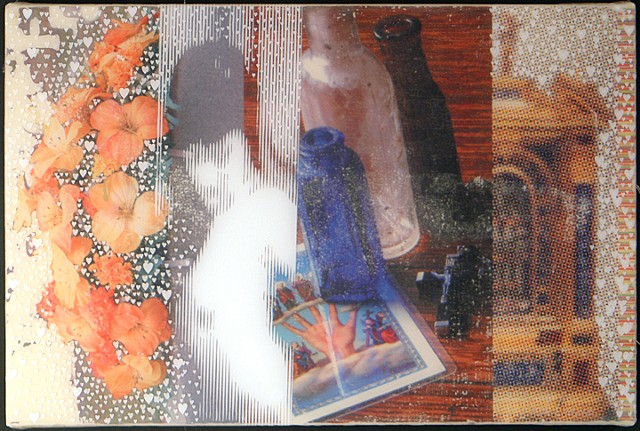 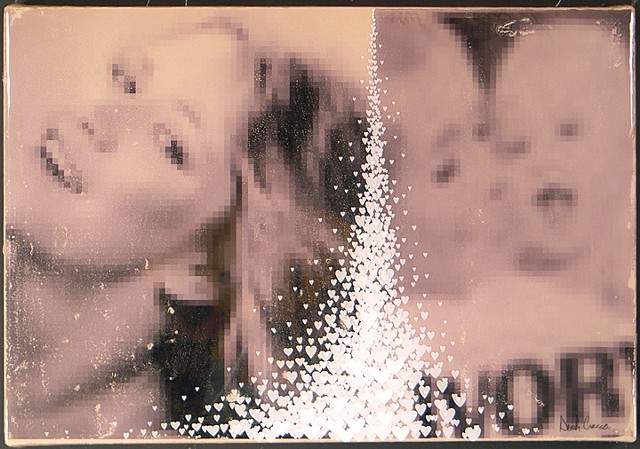 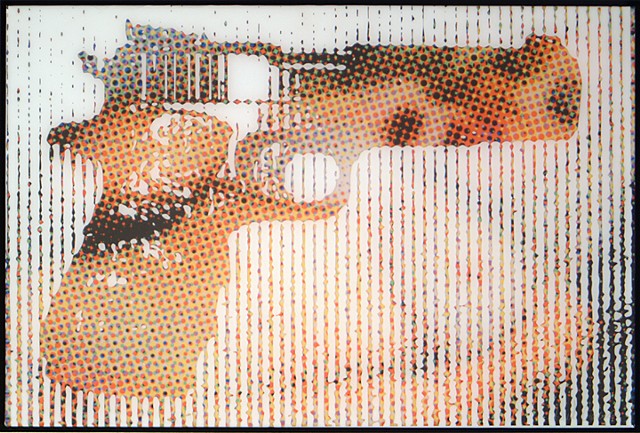 "Heartlands" deals with Catholic guilt as it pertains to my upbringing, social structures and southern identity. These concepts are explored through masculine and feminine archetypes within Catholic iconography with the hope of challenging the Catholic Church's morality with regard to sexuality.

The works are created around the idea that if Mary is the archetype for all women there is a large contradiction. That contraction is that you cannot be a mother and still be a virgin. Because of these imperfections a split occurs and a new archetype is created and that is the whore. This split signifies the polarized view of women that is promoted by Catholicism.

The work consists of stretched canvas sized with rabbit-skin glue. Images are transferred into the sizing on the canvas. A layer of clear epoxy resin is poured onto the surface, sealing the image under a 1/8th inch thick layer of resin. Vinyl and other graphic images are laminated to the surface of the resin. The process is repeated with the inclusion of acrylic paint and other collaged elements added to the compositions. This process creates a surface in which the objects within the composition float between successive layers of resin, creating a three-dimensional effect in which images are suspended within a soup of atmosphere.